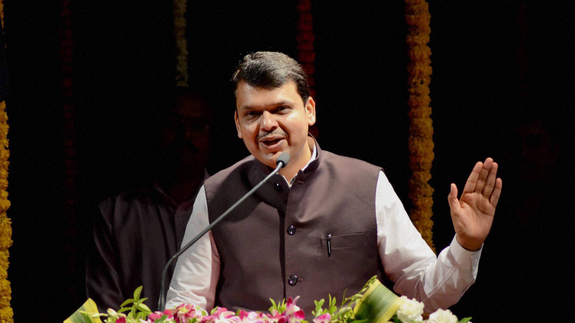 The BJP-Shiv Sena alliance has managed to stay afloat, while the Congress-NCP may be failing to take off well enough

Lok Sabha election in Maharashtra are slated in four phases beginning from 11th April and lasting up to 29th April. In 2014, polling had taken place in two phases. The voting in four phases will take place from east to the west, wherein Vidarbha and parts of Marathwada regions will vote in first and second phases, while Western Maharashtra, northern Maharashtra, parts of Marathawada and Mumbai-Konkan region will cast the ballot in the third and fourth phases.

As of now, the BJP-Shiv Sena alliance appears to be invincible thanks to the hara-kiri demonstrated by Congress leadership since the announcement of elections. The BJP has seized the post-Pulawama momentum to seal its alliance with the Shiv Sena, along with another minor partner Rashtriya Samaj Paksh. It has also convinced the dissenting dalit leader and Union minister, Ramdas Athawale, to remain in the NDA without offering a single seat to his faction of the Republican Party of India (RPI).

Most importantly, the BJP has dented the Congress-NCP’s confidence by poaching on few high-profile leaders in the state politics.

Madha had been represented by Sharad Pawar from 2009 to 2014. The NCP wanted to field Sharad Pawar from Madha again but the veteran leader withdrew his candidature. Vijaysingh Mohite-Patil once enjoyed Deputy Chief Minister’s position under the patronage of Pawar. Now, he is likely to settle for a seat for himself in the State’s legislative council and candidature for his son in the assembly election due in October this year.

In another high-profile defection, Sujay Vikhe-Patil, son of the Leader of Opposition in the state Radha Krishna Vikhe-Patil has joined the BJP and bagged the candidacy of Nagar Lok Sabha seat. Since 2004, Nagar has been represented in the Lok Sabha by the BJP’s Dilip Gandhi.

While Radha Krishna Vikhe-Patil has declared that he would not campaign in this constituency either for or against his son, he has been seen meeting influential local leaders in the constituency.

The Congress party’s inability to even summon its leader to seek accountability has exposed its organizational vulnerability. BJP is specifically targeting disgruntled Congress and NCP politicians from Western Maharashtra, which has been considered a stronghold of Sharad Pawar and other Congress/NCP stalwarts.

In Sangli constituency in the region, the family of former Chief Minister late Vasantdada Patil is on the verge of rebellion. Sangli was a pocket borough of the Congress in which it had never lost. But 2014 changed it all. The 2014 defeat has rattled the party organization from which it could not recover till date.

In north Maharashtra, Congress heavyweight and eight-time former Member of Parliament and former Union minister Manikrao Gavit is also on his way out of the Congress. He was seeking the ticket of Nandurbar seat for his son. This has been given to a sitting MLA from this Lok Sabha constituency. Nandurbar and Gavit family have been close to the Gandhi family for decades and were a symbol of tribal voters’ dedicated faith in the Congress.

The Congress lost the Nandurbar seat for the first time in 2014 in the Modi wave. In another setback to the grand alliance in northern Maharashtra, NCP’s state Vice-President Bharati Pawar has switched to the BJP to contest from the Dindori seat. She unsuccessfully contested this seat from NCP in 2014.

The BJP has denied tickets to its incumbent MPs in favour of dissidents from other parties. In Konkan region, the Shiv Sena has inducted Naved Antulay, son of former and only Muslim Chief Minister of Maharashtra, A R Antulay. Although Naved is a political non-entity, people still have memories of veteran Antulay.

The Congress-NCP indeed faces a catch-22 situation wherein denying a ticket to loyal families results in a revolt while their re-nomination further brands it as a representative of a few dynasties.

On the contrary, the BJP has built its political narrative in the state since the 1980s by pointing out the hegemony of dynasties in different constituencies. Ironically, today, the BJP is not only admitting these dynasts into its fold but is also making them Lok Sabha candidates without facing any significant dissent from its rank and file.

The real masterstroke of the BJP was to swiftly forge an alliance with Shiv Sena. In last four-and-a-half years, Shiv Sena has been a bitter critic of Narendra Modi and Amit Shah. It has even gone to the extent of endorsing Rahul Gandhi’s slogan of Chowkidar Chor Hai. However, the BJP has decided to turn a deaf ear to public criticism of its leaders by Shiv Sena to avoid division of Hindutva votes as well as anti-Congress votes. In a successful bid to forge an electoral alliance, the state Chief Minister has announced relocation of controversial Nanar project in the Konkan region. The Shiv Sena has backed the anti-industry agitation in Konkan and had been demanding its withdrawal. Devendra Fadnavis had made it a prestige issue for four years. However, ultimately he has decided to eat a humble pie.

The BJP has also ceded one seat from its quota to Shiv Sena and is thus contesting one seat less than in 2014. After declaration of the electoral alliance, the Shiv Sena swiftly re-nominated all of its sitting Lok Sabha members, barring one. This has validated the long-held hypothesis that many of its MPs threatened to defect to the BJP (to contest Lok Sabha seat) if Uddhav Thackeray decided to break the Hindutva alliance.

This is a clear sign that like the Congress and NCP, the Shiv Sena, too, is vulnerable to manipulation by its constituency-level leaders.  Despite this vulnerability, the Shiv Sena played smart politics by becoming a de-facto opposition to the BJP’s hegemonic politics for the last four-and-a- half years, thus relegating the Congress-NCP alliance to the margins of politics in the state.

The latter made the oppositional space available to Shiv Sena with an expectation that it would create a deep rift within the ruling alliance. But the Congress-NCP leadership has an egg on its face now. It neither built up a credible narrative to oppose the ruling combine nor could ensure break-up of the BJP-Shiv Sena alliance.

Interestingly, the BJP is still relying heavily on defection of high-profile leaders from the opposition camp. Despite being in power in the centre, state and local bodies as well as dominating the public discourse for most of the time, the BJP’s own organizational outreach to voters has been exhausted. In fact, there are signs that new constituencies of OBCs and dalit groups that the BJP successfully persuaded in 2014 are now detaching themselves from the Hindutva party. This is a major potential negative for the BJP in the overall political narrative in the state. Prakash Ambedkar’s Vanchit Bahujan Aghadi (VBA) is fishing into these troubled waters. His political narrative is against the social dominance of the Congress-NCP in the state, but its electoral effect could be entirely different.

Prakash Ambedkar is increasingly pitching for the anti-Congress, anti-NCP ground because his VBA is trying to cobble a political coalition of ‘non-Hindutva deprived sections antithetical to the Congress-NCP’. It mostly comprises OBCs but also dalits and Muslims. If Prakash Ambedkar could swing any two of these three social constituencies to his side, it will be doomsday for the Congress-NCP.

It is also likely that Prakash Ambedkar’s VBA would end up as a storm in a teacup for want of good candidates and election campaign machinery, except in the Solapur constituency. It is here that Prakash Ambedkar has filed his own nomination papers with an extraordinary show of strength. The gathering for his nomination procession has signalled a grave threat to Congress stalwart Sushil Kumar Shinde.

Even without Ambedkar’s entry, it was a do-or-die battle for Shinde, who was once the country’s Home Minister and Maharashtra’s Chief Minister. Muslims constitute a sizable section of voters in Solapur, who had turned their back to Shinde in 2014 itself. It is an uphill task for Shinde to arrest the slide in his popularity as well in the appeal of Congress party.

The Solapur constituency is turning out to be the best battleground wherein stakes are not of 2019 alone but of the future of politics in the state. The BJP has denied ticket to its seating Lok Sabha member to make a way for Lingayat spiritual leader Jai Siddheshwar Swami in this reserved constituency. In this battle of Stalingrad, the communists have extended support to Prakash Ambedkar, much to the dismay of Sushil Kumar Shinde. The communists still have a considerable, if not significant, presence in the constituency through trade unions.

The CPM was enthusiastic about a grand alliance in the state and demanded the Lok Sabha seat of Dindori in Nashik district for itself. The famous long march of farmers to Mumbai had much of its strength from Dindori and Palghar constituencies. NCP, however, did not relent as it has three MLAs from this Lok Sabha constituency against just one of the CPM. As a result, the CPM is contesting Dindori seat, where vote division between CPM and NCP is certainly to the advantage of the BJP. In Palghar constituency, where the CPM has a sizable presence amongst tribal and farmers, it has extended support to a constituent of the grand-alliance Bahujan Vikas Aghadi (BVA). With support from Congress-NCP on one hand and the CPM on the other hand, BVA has emerged as a front-runner in the constituency against the Shiv Sena. Similarly, in the Konkan region, Peasant and Workers’ Party (PWP) has become a part of the grand alliance without contesting any seat. Its inclusion in the grand alliance has posed a challenge to Shiv Sena’s dominance in the Konkan region and NCP is hoping to reap some benefit.

Of late, the Congress-NCP have come up with an official announcement of Grand Alliance of 56 political parties and socio-political outfits to take on the saffron alliance. Along with the Congress (25 seats) and NCP (20 seats), Raju Shetty’s Swabhimani Paksh (one seat), Ravi Rana’s Yuva Swabhimani Paksh (one seat), Hitendra Thakur’s Bahujan Vikas Aghadi (one seat) and Peasants and Workers’ Party (no seat) are important allies in the coalition. The grand alliance also has several factions of RPI and other socio-political organizations who have extended active support to Congress-NCP front. It is an equally formidable coalition if it materializes on the ground.

The challenge for the Congress-NCP leadership is to get the coalition active on the ground and to take its own political narrative to the people. Its disadvantage is lack of dynamic leadership in the Congress at the state level and overreliance of the Congress state unit on the party high command. A positive for the grand alliance, in particular for the Congress, is that it has nothing to lose in 2019. It has lost almost everything in 2014 in the state.

Similarly, even when the BJP-Shiv Sena alliance has a headstart in 2019, it can remain content by repeating the success of the last election. There, certainly, will be no addition to the NDA kitty from Maharashtra.