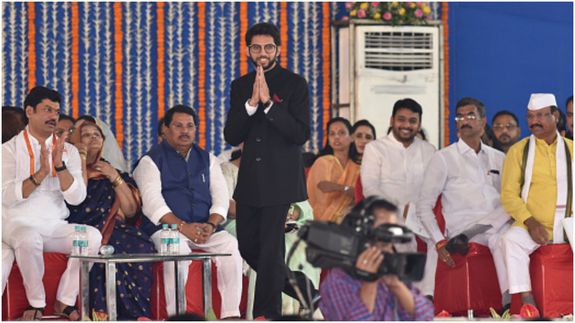 On the outset, the ministry’s expansion seems to be successful, not only in striking a social and regional balance, but also in terms of posing a challenge to the BJP’s socio-organizational dominance.

The long-awaited expansion of Maharashtra’s Uddhav Thackeray-led government happened without many surprises. The delay in the ministry’s expansion was not unexpected, as was the delay in the distribution of portfolios to the ministers. All the three major parties in the mega-alliance were jostling for the ministerial berths. The delayed expansion also tried to ensure that no powerful leader from these parties remained dissatisfied, which would add to the uncertainty of the government’s longevity. It explains the NCP’s decision to reinstate the status of Ajit Pawar. Despite wide expectations from progressive sections to sideline the nephew, Sharad Pawar refused to consider it. Keeping Ajit Pawar out of the ministry would be a sure recipe for a constant threat to the stability of the government. Hence, he was only symbolically punished by keeping him away from the deputy CM’s post for a month.

For the sake of the stability and acceptability of the government, it was also essential to achieve as much of a social and regional balance as possible. On the outset, the ministry’s expansion seems to be successful, not only in meeting these objectives but also in terms of posing a challenge to the BJP’s socio-organizational dominance. Even though the sugar belt of the state, i.e. Western Maharashtra, is a little over-represented in the ministry, due care has been taken for representation from the Vidarbha and Mumbai regions. The Vidarbha has been the stronghold of BJP for a while now, and it emerged as a solid challenger to the Shiv Sena in Mumbai. If the BJP is pushed back in these two regions, it will be in disarray!

The social alliance aimed through ministry formation and expansion is also crystal clear. It has aimed at consolidating the Maratha-Kunabi, Muslim, and Buddhist support base. This year, Deputy Chief Minister, Ajit Pawar, paying tribute at the Jaistambh at Bhima-Koregaon was not mere symbolism but has a more socio-political significance in terms of Maratha-Kunabi and Buddhists coming together to counter Brahminical forces. The mega alliance has also added sections of OBCs to its attempted social coalition. While the Shiv Sena has keenly given chances to OBCs in the ministry, the NCP too has included known and outspoken OBC leaders from its quota. The exclusion of Brahmin representation is as eye-catching as the significance of the inclusion of 4 ministers from the Muslim community. Maharashtra has had no Muslims in the ministry for the last 5 years. It shows that the Congress-NCP is not bowed by the BJP’s portrayal of it as a minority appeaser.

The women’s representation in the ministry is as low as it was previously, even though there are no prominent women politicians that are excluded from the expansion. The Shiv Sena’s only woman face is the deputy chairperson of the Legislative Council, resulting in the absence of women politicians from the Chief Minister’s party in the ministry. It indicates deeper malice in the state’s politics. Nonetheless, as many as 12 ministers, including Aditya Thackeray, mentioning their mother’s name in their full name while pronouncing their oath was delightful to the ears. It is not Aditya Uddhav Thackeray but Aditya Uddhav Rashmi Thackeray!

The ministry’s expansion with the unashamed induction of Aditya Thackeray, Ajit Pawar, and 20 other members from different local political dynasties have certainly raised eyebrows, although it’s not surprising. What is surprising was a noisy criticism by the fragile civil society on this matter. Even Ajit Pawar’s return to the government as deputy-Chief Minister is more a result of his dynastic roots, despite his failed act of joining hands with fascistic forces to pop up a shabby government. The reaction of civil society is surprising, as the same people were greatly convinced about keeping the BJP out of power in the state. A month ago, when the anti-BJP people welcomed the forging of the mega alliance of the Congress and the NCP with the Shiv Sena, the objective was to weaken the hold of fascistic forces from institutions of power. If anyone expected changed political ethics and functioning of the Congress and the NCP, it was romantic at best and childish in reality. Yet, the apprehensions and anxieties of well-meaning people in the society are not entirely misplaced. They fear, for real, that the display of brazen dynastic politics by the mega alliance in Maharashtra would turn off people’s moods and that the BJP would gain from it. This is true; there is a dislike in society for the promotion of people from already established political families. However, there is another side to this. Voters from the same society have elected their representatives from political dynasties. So, which society’s concerns are we talking about? In the assembly election, in many constituencies in Maharashtra, people preferred dynasties over fascistic forces. Ajit Pawar won by a whopping 1 lakh 65 thousand votes! All the victorious dynasts from the Congress and the NCP defeated their rivals convincingly. Civil society, indeed, was relieved by the electoral verdict that included triumphs of dynasts against the saffron establishment. Then, why to cry foul now? We, in the civil society, are overjoyed by the defeat of the BJP at the hands of dynasts, yet we wanted them not to be part of the ministry and still expect the parties dominated by dynasts to ensure that the BJP won’t return to power in the state! Isn’t it a case of having one’s cake and eating it too?

Neglecting the positives and picking up the inevitable negative in the ministry’s expansion is certainly not helping civil society’s own cause. Those making loud noises on social media need to answer two questions. One: what was there before the formation of the new government? Two: what would come into place if the present arrangement collapses? It’s not threat-mongering but an attempt for the realization of one’s own limitations and potentials. There are no readymade remedies. For all political parties, survival and power are two essential priorities. We are living in difficult and challenging times. The challenge is to fight communal fascism and authoritarianism with the help of such political formations. The difficult times require much more patience with short term tactics and long-term strategies. The short-term tactics in Maharashtra resulted in the formation of a non-BJP government, providing breathing space to think about long-term strategies. Amid two steps forward and one step back, the long-term strategy needs to be devised. Will it be done in 2020? There cannot be an answer to it in negativity.

Read this article published in Asiaville on 3rd Jan 2020