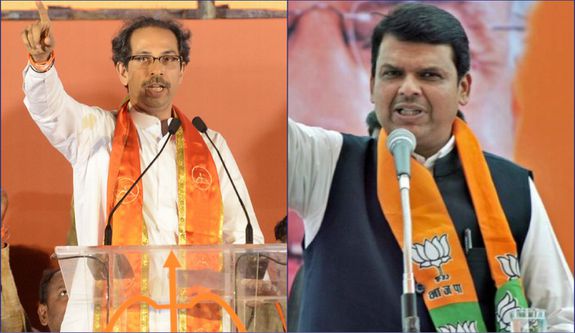 Brewing unrest among intellectuals, Dalits and farmers can be electorally potent only if there is a closing of ranks

Politics in Maharashtra is poised for a major churning in the near future. Social unrest is combined with the vacuum of politics, if not a political vacuum, throughout the state. No wonder that bitter partners of the last four-and-a-half years — but trusted allies for three decades — the BJP and the Shiv Sena rushed to announce their seat-sharing arrangement for the forthcoming Lok Sabha election.

Narendra Modi and Amit Shah are well aware that they cannot afford to take chances in a state with 48 Lok Sabha seats, the second largest after Uttar Pradesh. The Hindutva alliance won 42 seats in 2014 with a whopping vote share of 47.7 percent. Some months later, both the parties parted ways in the state assembly elections and yet together polled 47.2 per cent votes. It was a momentous shift in the state’s politics in the context of 15 years’ anti-incumbency against the Congress-NCP government and a strong Modi wave.

Since then, the BJP and Shiv Sena have not added any new constituency to their socio-political base. The only exception would be the first time urban and semi-urban voters in 2019. Still swayed by the Modi magic, they will be a significant addition to the alliance kitty whose social base is otherwise dwindling.

After the magic spell of 2014, at least three social groups that played an important role in in the rout of the Congress-led alliance in the state have become critical of the new dispensation. The first category is that of intellectuals, artists, literary figures and activists associated with different social causes in the state. This is a numerically small but politically effective community if it acts in a coherent manner. In 2014, many in this group were tilting towards the Aam Aadmi Party and almost none towards the Congress-NCP alliance. They had contributed considerably in building a narrative against the then Manmohan Singh government at the centre. However, in the last five years, most of them have been disappointed with AAP while developing an antipathy towards Modi-Shah’s BJP. This includes individuals and groups working on issues like environment, right to education, RTI, displacement, etc. They feel that the space for freedom of expression as well as for advocacy of public causes has decreased significantly under the NDA government. This heterogeneous group unanimously disagree with the Modi government’s tall claims on demonetization and the Indian economy. In the absence of a vibrant opposition in the state, this group has played a critical role in questioning the government on each policy and claim. It now wants unity of the opposition to defeat the Modi government.

The second social community that has slowly and steadily become disenchanted with the NDA government and Modi’s leadership is that of dalits in the state. Incidents like Rohith Vemula’s suicide and assault on dalit youths in Una did not go down well with dalit and other lower caste communities. Many of them had cast their vote in the BJP’s favour in 2014. They have their historical grievances towards the Congress that made many of them vote for the BJP without subscribing to the Hindu nation theory. Dalits, in fact, consider Indian democracy with its constitutional features like rule of law, social justice and secularism as a ‘gift’ to India by Babasaheb Ambedkar rather than a contribution of the Congress party.

However, the BJP’s words and actions vis-a–vis the secular character of India were not reassuring to the Ambedkarite consciousness in the state. In this context, the trigger to the unrest against the BJP was the violence on 1st January, 2018, on the Bhima-Koregaon issue. Developments since then have galvanized the moribund organization named Bahujan Mahasangh, which is led by Prakash Ambedkar, grandson of Dr. Ambedkar. In an alliance with Asaduddin Owaisi of the AIMIM, he has formed Bahujan Vanchit Aghadi in the state. This new coalition has thrown up a fresh challenge to the BJP-Shiv Sena and the Congress-NCP in Maharashtra. As the BJP leadership has no hope of winning back dalit votes in large chunks, leaders like Ramdas Athawale are left in the lurch. Sensing anger amongst dalits, the BJP leadership shrewdly moved on to appease the Maratha community by giving it backward status and declaring 16 percent reservation for them in education and government jobs. With this move, BJP has tried to kill two birds with one stone. It has created hurdles for the Congress-NCP coalition with Bahujan Vanchit Aghadi. If the Congress-NCP alliance gives too much room to Prakash Ambedkar, it may cause a backlash amongst the Marathas, who are its traditional vote base.

The BJP is waiting for this opportunity to compensate for potential loss of dalit votes in 2019. Also, with 16 per cent reservation, the BJP is attempting to placate farmers in the state, a majority of whom belong to the Maratha community.

The farming community is the third group that has developed grievances against the BJP and the Shiv Sena in the state. Farmers in Maharashtra were impressed by Narendra Modi’s promise of doubling agriculture incomes by 2022 and have been expecting implementation of the Swaminathan committee recommendations. But their problems have increased in the last five years, leading to a feeling of betrayal. The recent decision to credit Rs. 2000 in the bank accounts of small land-holders could be seen as too late and too little by the larger farming community.

At least three developments indicate a growing rage amongst the farmers. First, it was the exit of farmers’ leader and member of the Lok Sabha Raju Shetty from the NDA; second, the resignation of the BJP’s own Lok Sabha member and the party’s defeat in the subsequent by-election; and third, the historic long march organized by the CPM-affiliated Kisan Sabha that galvanized public opinion in a significant way. These indicate that agricultural distress has a high potential to put the issues of social identities on the backburner and farmers themselves can emerge as a political vote bank. This could be a nightmare for the BJP and Shiv Sena, particularly if they contest separately. This forced them to declare the continuation of the alliance for the forthcoming elections, evoking the post-Pulwama nationalist surge to explain the rapprochement.

Unrest amongst farmers can spell electoral advantage for the Congress-NCP alliance only if it can forge a wider coalition with Raju Shetty’s organization and the left. Distressed farmers, angry dalits and an uncomfortable civil society undoubtedly signal a winnable alliance in Maharashtra, but the challenge is for them to stick together. Whether the Congress-NCP alliance lives up to the challenge will determine the course of change in the state.

Read this article published in Asiaville on 10th Mar 2019