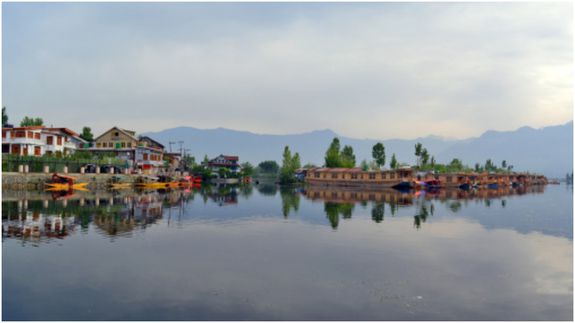 It will take its own time and huge toll in the form of life and expenses before Indians outside Kashmir will realise the sheer hollowness in the Modi government’s policy as far as integration of Kashmir with Indian Union is concerned.

In the year 2004, the Atal Bihari Vajpayee government unexpectedly lost a bid to return to power. He was asked about the impact of Gujarat riots on the results of the Lok Sabha election and he commented, ‘What impact? We lost the election.’ This was a general perception amongst political analysts, journalists, and elites in the country that the Gujarat riots had disheartened common people so much that they swayed away from the most popular leader at the time. However, Narendra Modi perhaps thought otherwise! In all likelihood, the strategic team of the then Gujarat Chief Minister concluded that BJP’s defeat in 2004 happened due to the projection of its liberal image. The hardcore activists, supporters, and voters of the right-wing party were unenthusiastic about the idea of championing the liberal cause through liberal means. The attempted liberal makeover of BJP under Atal Bihari Vajpeyee was most prominently visible in his government’s Kashmir policy. Why would an ordinary member of the BJP, who had been supporting its Kashmir cause since the Jana Sangh days, feel enthusiastic about the return of the Vajpeyee government? It was a lesson well learned by Team Modi, and very well orchestrated by the Modi government from 2014 to 2019. Winning the trust of ordinary Kashmiri Muslims, strengthening the anti-Pakistan, anti-separatist lobby within Kashmir valley, creating fissures amongst different Hurriyat components, generating hope for the resolution of the dispute were considered unnecessary efforts. The hope of resolution of dispute for Kashmiri Muslims was directly pitted against the hope of suppressing all dissenting voices, the hope that enthused BJP’s rank and file. Suppression has been equated with a resolution that has kept the tempo of BJP’s supporters very high throughout the country.

In the year 2016, terrorists struck at the Pathankot base of the air force and a few months later at the Uri camp of the Indian army. The Modi government retaliated and celebrated the retaliatory action as a surgical strike. Until then, such actions were referred to as cross-border raids. The celebration of the surgical strike generated an eureka moment throughout the country – the ultimate remedy for annihilating terrorist acts against India. It was not only BJP supporters but overall the entire Indian public who became hopeful regarding the Kashmir issue. The surgical strike was supposed to create fear in the minds of India’s adversaries.  The terrorist organisations and enemy countries like Pakistan would think ten thousand times before carrying out a single terror attack against India. Just a couple of months later, in 2016 itself, Prime Minister Modi dropped the bomb of demonetisation. Amongst other objectives of demonetisation, one of the most celebrated motives was to cut-off funding of terror organisations with the elimination of black money. The BJP and its supporters branded the move as a surgical strike against black money which would be a death-knell to terror organisations even without any new military offensive against them. The masterstroke of the master blaster! As the Prime Minister addressed the nation at 8 pm, everyone was thrilled at the idea of the ever starving terror organisations as their supply lines were destroyed. A little while later, the BJP pulled out of the Mehbooba Mufti-led coalition government in the state of Jammu and Kashmir to effectively counter terrorism. The nation was told that the Mufti-led government, in which BJP was almost an equal partner, had been creating obstacles in operations against terrorism. With Kashmir effectively under the full control of the central government, whose leader was none other than Narendra Modi, it was just a matter of time before all the terrorist elements were flushed out from the valley. In fact, there were rumours of final operations against terrorists under the President’s rule. Then came Valentine’s Day, and Kashmir witnessed the bloodiest terror attack against the Indian security forces, which killed more than 40 CRPF men in a single blast. What followed was a larger incarnation of the surgical strike by the Modi-led government, which was followed by a much bigger celebration. India was told of the death of more than 300 terrorists in a surgical strike at Balakot that included the brother of Jaish-e-Mohammad’s chief Masood Azar. Pakistan was believed to have gone completely bankrupt and had become a begging nation. Modi’s diplomacy coupled with surgical strike had choked Pakistan almost to death. This post-Valentine’s Day narrative swiftly brought back the Modi government to power through the 2019 Lok Sabha election. Thus, Modi’s hypothesis of heightened tension with Pakistan and the ever-increasing alienation of Kashmir valley from mainstream India as a potent combination to cook the electoral bowl of victory proved to be correct. Once tested and proven, there was no question of devising a new path on Kashmir.

During the first Modi-led government, the decisive hard actions were believed to have been carried out in Jammu and Kashmir. Every action was supposed to curb terrorism, yet each of the actions merely succeeded in further worsening the situation. The number of casualties of the security personnel did not reduce in between two anti-terror mega moves. But who cares? Rather, the failure to restore normalcy, or even to have signs of it compelled the government to embark upon a more oppressive and humiliating path for the Kashmiri Muslims. It will take its own time and huge toll in the form of life and expenses before Indians outside Kashmir will realise the sheer hollowness in the Modi government’s policy as far as integration of Kashmir with Indian Union is concerned. 5 years down the line, Indians need to ask whether the number of security personnel sacrificing their lives in Kashmir and across the LoC have decreased significantly? Whether India’s security expenses in Kashmir and across the LoC have decreased effectively? Whether the number of Kashmiri youth joining militancy has decreased in the valley? Whether the number of Kashmiri organisations willing to stay with India has increased or decreased? Whether foreign interventions and mediation on Kashmir issue increased or decreased?  The performance of the Modi-led government on these indices was most unsatisfactory in the last 5 years. It is unlikely to change in the next 5 years too. Meanwhile, ordinary Indians will keep on rejoicing at the plight of ordinary Kashmiri Muslims who have been completely sandwiched between a very hard Indian state and venomous separatist organisations. In fact, the Indian government’s decisions and actions have widened the possibilities of Kashmir being a new focused front of jihadi groups such as Al-Qaida and Islamic State, as conditions of alienation would force the Kashmiri Muslim youth towards these fundamentalist organisations. The alienation, in fact, has reached to such a level that the Indian government does not have a single organisation or group of people in the valley to support its actions. The Modi-led government has singularly failed to carve out even a minuscule section in support of its so-called integration drive. It’s worth noting that the BJP and its president Amit Shah could not get a single MLA from Kashmir valley to switch to BJP’s side to help it form the state government. What Shah’s BJP achieved with ease in Karnataka, Goa, Maharashtra, and in many north-eastern states, could not be replicated in Kashmir.

We are now witness to a scenario of diagonally opposite viewpoints of an overwhelming majority of Indians outside Kashmir on the one side and Kashmiri Muslims on the other side. The achievement of the Modi-led government is twofold; one, it has consolidated public opinion in India in its favour and two, it has forced all the Kashmiri Muslims and their organisations to forge closer bonds to fight against the Indian state. It is a sharp departure from all the previous governments’ policies of harnessing groups with different viewpoints in the Kashmir valley. Broadly, there has been a co-existence of three types of organisations and people amongst the Kashmiri Muslims. The first one, which has a considerable following, wishes to stay with India with a special status. The second one, which also has numerical support within Kashmiri Muslims, wants to create a separate Kashmiri nation-state. The third one, which has been more attractive to the Kashmiri Muslims, eagerly wants to join Pakistan with a special status. In the last 5 years, the Modi-led government has incrementally diminished the legitimacy of the first type of groups and its leaders in the Kashmir valley. Whose interest is this policy serving? Certainly, it is not in India’s interest! What is the roadmap for the near future? No one knows! Is it going to meet the fate of demonetisation? It looks like it is heading in the same direction. The goalposts have already been shifted. From eliminating terrorism in Kashmir to the integration of Kashmir in the Indian union, the new goals range from the development of the Ladakh region to boosting the Indian economy. Article 370 and the Indian economy? Bravo!