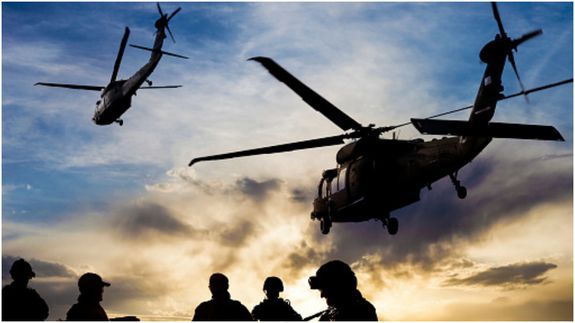 Donald Trump’s no-deal with the Taliban has come as a surprise.

Donald Trump’s u-turn against the imminent Taliban-US peace deal was unexpected, but perhaps should have been anticipated considering Trump’s apparent uncertainty in matters of foreign policy. However, the no-deal has come as a surprise. The Trump administration has audaciously pursued negotiations with the Taliban under unfavourable circumstances, and at the cost of annoying the allies of the United States. The Afghan government itself was not happy with the US approach of direct talks with the Taliban. However, the Taliban has continued to test the Trump administration by conducting multiple terror attacks in Afghanistan. Friendly countries such as India were cautious about the peace deal, although it is likely that they are deeply disappointed by President Trump’s gesture. President Trump cared about no one and nothing in his conciliatory moves towards the Taliban. He firmly demonstrated his belief in the realist principle that in international politics there are no permanent enemies – be it the Taliban – nor permanent friends – be it Israel or India – but only permanent interests of the country that matters. He was as consistent in making a deal with the Taliban as he was in pulling out of a multi-party nuclear agreement with Iran or a global treaty on tackling climate change. Hence, uncertainty was not unexpected in this matter.

Perhaps President Trump realised that all the stake-holders in Afghanistan, except the Afghan government and India, were patiently waiting for the US withdrawal so that they could then effect a strategic entry into the troubled country. Trump, or for that matter any realist leader, is likely to have made a cost-benefit analysis vis-à-vis other countries. Such an analysis is certainly loaded against the US in a post-deal scenario. It is not only countries like Pakistan, Russia, and China who stand to gain at the US withdrawal; even the ISIS stands a chance to enhance its presence substantially in Afghanistan. After 18 long years, the Pakistan military likely lost their patience; they probably rejoiced too soon about the US withdrawal without realising that they had upset the eccentric President of the world’s only superpower. The Russians and the Chinese have opened up their own channels of communications with a few Talibani groups with and without Pakistani support. They were eager to fill the strategic vacuum created by the US retreat from Afghanistan. Above all, the Islamic State is waiting for an opportune moment to go full-fledged in Afghanistan. For the Islamic State, the most opportune moment would be the loss of legitimacy for the Taliban once they sign a ‘peace deal’ with the United States. How can there be any peace with the enemies of Islam? When Trump is taking credit for the destruction of the Islamic State in West Asia, its emergence as a strong player in Afghanistan will surely render that honour null and void.

The abrupt abandonment of a deal may delay Trump’s Iran plans, as it was essential for the US to exit Afghanistan before venturing into Iran. At the same time, Trump is clever enough to sense the lack of momentum at the global level against Iran. US allies are either unwilling or bogged down with their internal matters to take up a fight against Teheran. Hence, Trump probably does not see the point in hurriedly clinching a deal with the Taliban. A dishonourable deal in Afghanistan and no ventures into Iran is a politically unsustainable proposition for the Trump administration. In all likelihood, Trump will keep the talks with the Taliban on the burner while keeping up the pressure against Iran without an all-out war. In the current environment, this tactic suits the Trump administration the most, but the real challenge is coming up in the form of the Afghan national election. Afghanistan will go to the polls towards the end of this month to elect a new government. If the Taliban interferes with the election process by carrying out attacks against the country, their position in future talks is emboldened. If they can’t or don’t, the Afghan government’s position on the Taliban stands vindicated. On either of these possibilities, the Trump administration would not gain anything to justify its cancelling of the deal.

For Trump and his administration, it is important to not only rework the terms of the agreement but also to reframe the perception. The prospective agreement was seen as a surrender by many experts and all the countries who are stakeholders in Afghanistan. If the Trump administration had signed the deal under this perception, it would be a major signal of declining American power in the world. Moreover, a deal with such a perception won’t go down well with many supporters of Trump back home. The overwhelming majority of Islamophobic American voters are supporters of Trump. They prefer macho-nationalism and masculine policies against terrorist outfits as opposed to any kind of ‘liberal’ approach, which they accused the Democrats of practicing vis-à-vis ‘Islamic’ terrorism. As election momentum is picking up in the US under the cloud of the global economic recession, Trump will not compromise with his image of ‘no-nonsense’ administrator by embracing the Taliban leadership. When Ronald Regan invited the rebel Afghan landlords to his residence in the 1980s and introduced them as freedom fighters, i.e. Mujahiddins, the context was completely different. They were fighting against what Regan had described as the Evil Soviet Empire. In the last 25 years, with no enemy of the scale and size of the Soviet Union in sight, the Americans have grown up fearing the Al-Qaida and the Taliban. Leaders like Trump have built up their fortunes on the foundations of such fears with whom they can’t be seen as hobnobbing or flirting! The Trump administration knows that exiting Afghanistan is in the best interests of the Americans, but President Trump also knows that his mandate was for uncompromisingly thrashing the Islamist forces. Donald Trump is not likely to compromise with his mandate whilst remaining uncaring about the statesmanship that a leader needs to develop in the comprehensive interests of his people. The contemporary world is in the grip of such popular leaders who do not want to elevate themselves as statesmen. Trump is the leader of all such leaders across the globe.