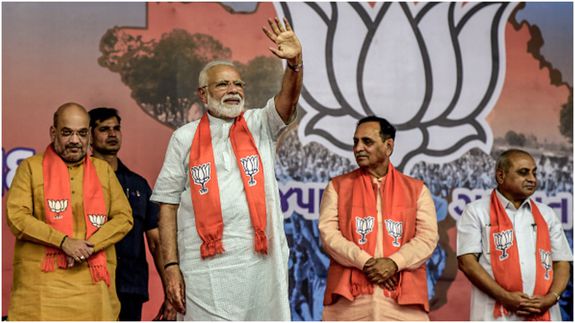 In Indian democracy, the legitimacy of any government lasts 5 years. The citizenship is permanent, unless an individual surrenders it! Submitting to the whims of the government of the day on such a fundamental issue will overturn the state-citizens relations in India.

Uncaring for perpetuating economic distress, the Narendra Modi government is busy redefining Indian-ness and refiguring the idea of India. Its conduct regarding the NRC process nation-wide, even though the issue hasn’t been settled in Assam, and the upcoming Citizenship (Amendment) Bill, 2019 in the parliament are indicative of the grand cultural designs of the Modi government. Home Minister Amit Shah is determined to ask each one of us to prove our citizenship of India, which is the biggest insult a government can inflict on its citizens. Why should I spend my time and resources to establish mine and my family’s citizenship of India? Once one submits to such a desire of a particular government, what is the guarantee that the next government would not ask us all to re-prove our existence in India? In Indian democracy, the legitimacy of any government lasts 5 years. Citizenship is permanent unless an individual surrenders it! Submitting to the whims of the government of the day on such a fundamental issue will overturn the state-citizens relations in India. It is We, the people of India that has constituted India as a constitutional state. The Home Minister is openly casting doubts on the citizenship of all of us who are born in India, studied in the schools and colleges of India, have been voting for the representatives from Panchayat to Parliament through various elections, working in or in search of work in India, and paying direct or indirect taxes to the government of India. In the eyes of the Modi-led government, we are all suspects! On the one hand, we are all suspected of being foreign nationals, who have to prove their legal existence in India through the NRC process. On the other hand, all the migrants/refugees except Muslims from Pakistan, Bangladesh and Afghanistan will be speedily given Indian citizenship as per the Citizenship (Amendment) Bill (CAB), 2019. Muslim refugees/migrants from Pakistan, Bangladesh and Afghanistan are judged as either unworthy of or being unable to imbibe Indian-ness. At the same time, Indian-ness of all the existing citizens of India is being doubted through the imposition of the NRC. Non-Muslims arriving from three neighbouring countries almost automatically pass a test of patriotism, while all Indians living in India have to qualify for the nationalism test through documents of different kinds. What irony!

CAB, 2019, if it is a reincarnation of CAB, 2016, will make a significant change in the conceptualization of an Indian, Indian-ness, and the very idea of India. Religion would be a qualifier or a disqualifier to get Indian citizenship for refugees/migrants from three of India’s South Asian neighbours. How many secular democratic countries in the world, one needs to ask, have this type of arrangement? Do Christian refugees from Syria or Turkey so easily get citizenship of any European secular democracy? Are migrants from Mexico offered citizenship by the US government if they are Christians? Forget about secular states! Do Shia refugees from any country instantly qualify for Iran’s citizenship? Do Pakistan and Bangladesh offer their citizenship on a platter to Muslim migrants from India? Can people of Han ethnicity from South East Asia smoothly get Chinese citizenship?

Three utterly judgmental assumptions form the basis of the proposed CAB, 2019. One, Muslims from Pakistan, Bangladesh and Afghanistan just cannot become Indian citizens, while people with any other religiosity are worthy of it. This is highly communal presupposition tantamount to accepting Mohammad Ali Jinnah’s, or for that matter V D Savarkar’s, two-nations’ theory. In a way, it also casts aspersions on Muslims who are citizens of India. If the grounds of exclusion in CAB are religions – specifically Islam – hundreds and thousands of Indian citizens also follow the same religion. The second assumption is that Muslims from neighbouring countries could be a threat to national security, while non-Muslims are no threat to India’s security. There are plenty of episodes in Indian history wherein non-Muslims – to be specific people of Hindu religion – indulged in spying activities for Pakistan’s Inter-Services Intelligence (ISI). What is the guarantee that ISI will not plan an infiltration of non-Muslims in India? The Home Ministry or the minister in the ministry are not naïve to not understand such possibilities. Yet, they are pressing for the CAB, 2019, and undermining India’s national security.

The third assumption is that only non-Muslims are persecuted in these three countries. It, again, is a half-truth. While non-Muslims are the targets of fundamentalist organisations in these countries, different sects within Islam are also not spared. Thus, if the ground for offering easy citizenship to non-Muslims is these communities’ persecution in three countries, the persecuted sects such as Shias and Ahmadiyas or even liberal-democrats who are being persecuted for fighting against orthodoxy should be eligible for immediate grant of Indian citizenship under CAB. But all of them are excluded simply because the present rulers in India are Islamophobic to the core.

The government of India and all Indians should reflect upon the possibility of our neighbours following in our footsteps to enact similar amendments in their Citizenship Acts. How would we react if Bangladesh welcomes victims of lynching in India and offers them citizenship? Are we not, in a single stroke, bringing all the non-Muslims – more specifically Hindus – in these countries under the scanner of their governments as potential out-migrants to India, hence rendering it unnecessary to pay attention to their civic and political needs and aspirations? The fundamentalist organisations in these countries will certainly be more than happy with the government of India for CAB and would enthusiastically try to send non-Muslims to India. The CAB, 2019 also indicts the Modi government in its failure to work with the neighbouring countries’ governments to ensure the safety and progress of non-Muslims – particularly Hindu – citizens. It is a projection to the world of our inability to protect the human rights of minorities in Pakistan, Afghanistan and Bangladesh. It is the opportunism – and not helplessness – of the Modi government when it comes to the human rights of minorities. A government that abets chauvinism against minorities and does nothing to prevent mob-crimes against members of the minority community has no moral standing to talk of oppression of minorities in its neighbourhood.

Read this article published in Asiaville on 6th Dec 2019