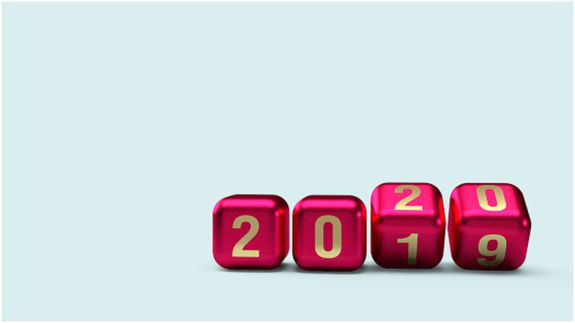 The New Year will be decisive to determine the future of the constitution, of India, and millions of Indians.

The year 2019 began with an uncertain political future for Prime Minister, Narendra Modi, and is drawing to a close with uncertainty about the idea of India as envisaged by the freedom movement and enshrined in the Constitution of the country. The beginning of the year had a momentum building up against the Bharatiya Janata Party’s first-ever majority government at the centre. The end of the year is witnessing angry mobilizations across the country against the rabidly majoritarian politics of the BJP. India is approaching the New Year almost with a similar momentum with which it entered 2019. The only difference is there will be no Lok Sabha elections scheduled in the year 2020. In between these times, a lot of things changed in India and one can read between the lines for these times.

India entered 2019 with a resurgent political opposition and directionless ruling dispensation or, at least, its clueless supporters. The political opposition was resurgent as the Congress made Narendra Modi and Amit Shah toil very hard to win the assembly election for the BJP in their home state. The Congress also denied the BJP a chance to form a government in Karnataka, despite losing the majority in the assembly election. The Congress registered thumping victories in Madhya Pradesh, Rajasthan and Chhattisgarh, which were ruled by the BJP for 15 years. Most importantly, high unemployment and no signs of economic recovery pushed the Narendra Modi government on the backfoot. As India is poised to embrace 2020, there are still no signs of economic recovery and fewer hopes of a bright future for a large number of youth and their families. In the intermediate period, voters across the country made Narendra Modi the first Prime Minister after Nehru to win a majority for his party in the Lok Sabha in two successive elections. In 2019, in just 2 months, Modi turned the tables against his political opponents, just a month before the Lok Sabha election. Three idioms created a successful political narrative for the BJP during the Lok Sabha election. They were: Who, if not Modi?; Ghar me Ghusake Maarahai, and What had Congress delivered in the last 70 years? It resulted in a chorus of Aayega to Modi hi that overpowered the slogan of Chowkidar Chor Hai! The emerging political opposition to Modi crumbled against this narrative and the epitaph was written for the grand old Congress party and its leader Rahul Gandhi. Today, the Congress has not just survived but is an alliance partner in the government in two more states while emerging as a powerful opposition in another state. The more it looked like a foregone era, the more it remains the same! Perhaps, Prime Minister Modi and his associates know the reality beneath their feet. Hence, his team has shown great urgency in implementing their agenda, which is core to the heart of its paternal organization – Rashtriya Swayamsewak Sangh.

The reading down of article 370 with the abrogation of special status to the then state of Jammu and Kashmir was implemented hurriedly but with great fanfare. Of course, the celebration was outside the Kashmir valley, whilst within it, there are shutdowns, curfews, and locking up of political leaders. The move met with only feeble resistance as it confused the rank and file of the opposition parties. Then came the Supreme Court judgment on a dispute in Ayodhya, asking the government to initiate a Trust that would construct a temple at the disputed site. Even though the judgment, for the most part, did not validate any of the claims of the Sangh Parivar regarding the disputed site, the final verdict seemed like it was written with respect for the majoritarian sentiments of Hindus or out of fear of a backlash from the Hindutva organization. Nonetheless, the judgment has been welcomed by all political parties, albeit with some reservations. There were no protests on the judgment, forget about riots and lawlessness. Amid such smooth sailing for the Modi government came the results of the Maharashtra and Haryana assembly elections that dampened the spirit of saffron nationalism. It was followed by fierce protests by JNU students and teachers on the issue of the fee hike. The protests, although concentrated only in Delhi, made national headlines and forced the central government to rethink on the issue. It has a huge significance as the Modi government and its followers have always cast JNU in a bad light and regard it as anti-national. This time, notwithstanding the neo-liberal campaign about tax-payers’ money, the government could not go on the offensive. Against this backdrop, much wider and more intense protests erupted on the issue of the Citizenship (Amendment) Act, 2019 and the National Register of Citizens. The JNU agitation against the fee hike and the intensive protests against the CAA and NRC have the potential to keep the Modi government on the back foot for the rest of its tenure. Without inclusive countrywide resistance against the CAA and NRC, the Modi government would have moved at a fast pace to implement the NRC and render detention centres operational. The Prime Minister’s change of stance from ‘identifying protesters by their clothes’ to ‘NRC has never even been discussed and there are no links between CAA, NRC and National Population Register’ is an important tactical retreat of the government.

From this point, in all probability, the Modi government will bring in more divisive issues with a vengeance, such as opposing women’s entry into the Sabarimala temple, uniform civil code, more oppression in the Kashmir valley, and a well thought out NRC exercise. It is here that opposition within the parliament and on the streets needs to show more resilience, inclusivity, and consistency. The year 2019 has demonstrated that although political parties and leaders cannot defeat the BJP under Narendra Modi, ordinary people can. JNU’s agitation is completely faceless, as are the protests against the CAA and NRC. It shows the way forward in fighting against the fascistic forces. The opponents have to keep the constitution and intent about the constitution at the centre of their battle. To talk about the intent is as important as the constitution. Dr Ambedkar elaborated upon it saying that a nice constitution in the wrong hands would do no good to the country. India is ending a long year with the constitution in deceitful hands. The New Year will be decisive to determine the future of the constitution, of India, and millions of Indians.

Read this article published in Asiaville on 26th Dec 2020