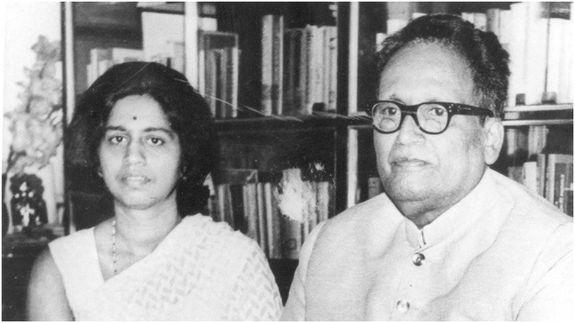 If the RSS loves Savarkar, it should answer the question posed by Acharya Atre in 1941 – whether Savarkar was a hero of the freedom movement or an enemy of freedom?

Vinayak Damodar Savarkar is back in the news in Maharashtra. Rahul Gandhi’s comment raised more than a storm in a teacup in the state. His comment made it clear that the Congress would continue to champion its politics even when it is part of a coalition government under the leadership of the Shiv Sena. Realizing this fault-line, the Bharatiya Janata Party’s state leadership protested against Rahul Gandhi wearing caps that read ‘I am also Savarkar’. Ironically, the shape of the cap was Gandhian and not of the style of Savarkar’s cap – a black round cap! On the other hand, Chief Minister Uddhav Thackeray has sounded a conciliatory note saying that the Shiv Sena respects Gandhi and Nehru, while it expects others to respect Savarkar. It’s a big climb down for the Shiv Sena, which had even eulogized Gandhi’s killer in the past. It, nonetheless, goes well with Uddhav Thackeray’s image of being a much more balanced and sensible leader than his father. His appeal for respect for Savarkar would have its echoes in the state. In the recent past, political leaders and public figures had really not taken open positions against the ideologue of Hindutva. The Congress governments and its leaders had adopted quite a nuanced approach towards Savarkar. In the school textbooks in the state, Savarkar has been celebrated as a freedom fighter. This is not just now but under the 50 long years of Congress rule in the state. His escape from the boat on the shores of France has been scripted in the textbooks at par with King Shivaji’s heroic escape from Agra fort and Rani Laxmi Bai’s legendary horse ride escape from the fort of Jhansi. Neither Savarkar’s involvement in a conspiracy to kill Gandhi nor his letters to the British government had been mentioned in the textbooks written under the Congress government. The Congress, indeed, fought Savarkar politically during the election seasons and thought that his politics were buried along with his death.

Interestingly, the Shiv Sena was born in the year of Savarkar’s death. At that time, Savarkar’s Hindu Maha Sabha was already on its deathbed, while there was no bonhomie between Savarkar and the RSS. Even though Sardar Patel banned the RSS and tried Savarkar in the courts, Savarkar had always looked down on the RSS and its ways. For Savarkar, the RSS was too sheepish in its approach and thoroughly confused in its ideological orientation. The RSS dreamt of Hindu Rashtra and Savarkar championed Hindutva, which is a term he coined in the year 1923. Obviously, RSS’ political wing at the time – Jan Sangh – and the Hindu Maha Sabha never had a political alliance to challenge the secular Congress. Rather, both were contesting for the same political space. This space was ultimately captured by the alliance of the Shiv Sena and the BJP in the 1980s. By this time, the Shiv Sena learned to ignore Savarkar’s love for Marathi language and literature and picked up on his anti-Muslim sentiments against the Muslims in the country. As this was happening, the BJP gave up on its ideals such as Gandhian Socialism to don the hat of Hindutva under the leadership of Lal Krishna Advani. Since then, the thin but fine line of distinction between Savarkar and the RSS got blurred, to the advantage of the BJP and the Shiv Sena.

Savarkar longed for national recognition throughout his life. However, his original sin of conceptually dividing Hindus and Muslims into two nations did not earn him goodwill amongst the common people. Savarkarites in Maharashtra do not believe that their hero had written letters of apology, and justify it as his chanakyaniti to get out of jail. At the same time, they do not deny his venomous write-ups and inflammatory speeches against the Muslims. Thus, islamophobia earned him a following of his own while isolating him in a corner on a wider screen. Much to the disappointment of the RSS today, one of the icons of the Marathi people, Keshav Pralhad Atre, had squarely taken on Savarkar’s narrow religion-based nationalism. Popularly known as Acharya Atre for his immense scholarship, he was always at loggerheads with the Congress on the demand of the creation of the state of Maharashtra with Mumbai as its capital. He has often been quoted by the Shiv Sena and BJP leaders in their speeches to mock the Congress or to belittle Nehru. BJP leaders and the RSS are highly discomfited by two articles written by Acharya Atre in 1941. Known for his no-nonsense approach, Acharya Atre had launched a scathing attack on Savarkar’s two nations’ theory. One of the articles in his Navyug weekly, published on 14th September 1941, is titled as Swatantra-Veer Ka Swatantryache Shatru? meaning ‘hero of freedom movement or enemy of the freedom?’

Referring to an article by Tatyasaheb Kelkar comparing Savarkar and Gandhi, which was published in the newspaper Kesari, Acharya Atre called it a childish effort. He wrote in no uncertain terms that Savarkar and Jinnah were speaking the same language and both were strengthening the British rule in India. Acharya Atre said that the British were afraid of Savarkar in 1908 when he called for the end of British rule in India, but no longer feared him in 1941. He told Savarkar and his followers that there would be no meaning to the freedom if Hindus and Muslims would become two separate nations. He stated that both would be weaker entities if this happened. He ridiculed Savarkar’s appeal to Hindu youth to join the British India Army as a means to rearm Hindu society. Reminding Savarkar of his statement in 1908 terming the Indian people serving in the British administration as termites, Acharya Atre questioned how his appeal to Hindus to join the British India Army was different. Acharya Atre, in his famous style, ridiculed Savarkar for his verbal valour against the British government. Savarkar had said that he would be the first soldier in the line of duty if there were an armed rebellion against British rule. Atre asked Savarkar, “Whom are you waiting for? Who stopped you from picking up a gun?” He further advised Savarkar to at least roam around the country propagating armed rebellion. Acharya Atre did not know, and neither did anybody else at that time, that one of the conditions for Savarkar’s release from his Andaman prison was he would not initiate or propagate any movement or rebellion against the British government. He obediently followed this condition. Had his letters to the Britishers been discovered during Acharya Atre’s lifetime, perhaps he would have called for sending Savarkar back to the Kala Pani.

The RSS can ridicule Rahul Gandhi for his remark on Savarkar. It is altogether a different ballgame to say a word against Acharya Atre in Maharashtra. He was, perhaps, the most versatile of all the celebrated Marathi intellectuals. He was a journalist, an editor, an orator par excellence, a playwright, an activist, a thinker, and the list goes on! Atre spoke against Savarkar’s politics even before his alleged involvement in Gandhi’s killing and much before the revelation of the apology letters. If the RSS loves Savarkar, it should answer the question posed by Acharya Atre in 1941 – whether Savarkar was a hero of the freedom movement or an enemy of freedom?