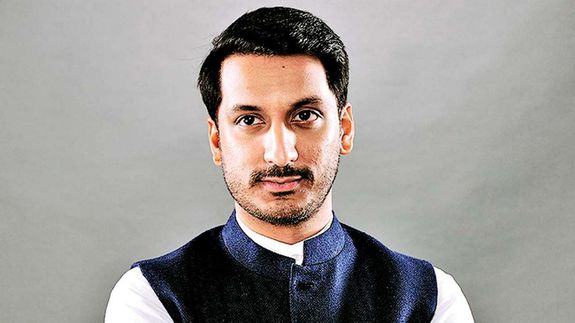 Many factors in the state make the battle a keen one on the ground. Amid changing caste equations and the high-profile Raj Thackeray campaign, both alliances have a difficult path ahead

The fourth and last phase of polling in Maharashtra on April 29th saw almost the same percentage of voting as in 2014. The BJP-Shiv Sena combine had swept all the 17 seats that went to polls in this phase in 2014.

Thus, identical percentage of voting has become a puzzling matter. It might indicate an undercurrent for or against the Modi Sarkar.

The BJP-Shiv Sena alliance certainly had an edge over the Congress-NCP in terms of voters’ outreach at the booth level. The latter, however, is relying on consolidation of anti-Modi votes in each constituency and anger amongst lower income families on the issues of unemployment and inflation. The obvious disadvantage for Congress-NCP is the presence of Vanchit Bahujan Aghadi, which is enthusiastically supported by urban Dalit voters.

In the reserved constituency of Shirdi, the contest is between Congress stalwart Balasaheb Thorat and now estranged Congress leader Radhakrishna Vikhe-Patil. In the past, Ramdas Athawale had contested from this seat in an alliance with the NCP-Congress but lost due to internal factionalism within the Congress party. If Mr Thorat succeeds in defeating the Shiv Sena candidate, he would emerge as a key contender for Leader of Opposition’s position. In the state’s final phase poll, Rahul Gandhi conducted a public meeting only in the Shirdi constituency, thus outlining the weightage that Balasaheb Thorat has acquired in the party.

In the other two seats in Western Maharashtra in the final phase, it is a straight fight between Shiv Sena’s incumbent Lok Sabha members and ‘prestigious’ candidates from NCP. In the Maval constituency adjoining Pune, Parth Pawar, who is son of Ajit Pawar, is the NCP’s candidate. Ajit Pawar himself camped there and micromanaged his son’s campaign. Ajit Pawar is relying on the clout that he enjoyed over the city of Pimpari-Chinchawad when the NCP was in power. Pimpari- Chinchawad is a richest Municipal Corporation in India. He is also confident of farmers’ support as Peasants and Workers Party has put its weight behind Parth Pawar. A win for Parth means there will be no challenge to Ajit Pawar within the NCP as far as the state’s politics is concerned. But an electoral defeat in Maval constituency will be a loss of face for Ajit Pawar that will open up succession battles in Sharad Pawar’s party and family.

In Shirur, another Lok Sabha constituency adjoining Pune, the NCP has put up a popular TV actor as its candidate. Dr Amol Kolhe, NCP candidate in Shirur, was in the Shiv Sena but Sharad Pawar lured him with a Lok Sabha candidature. His shift from the Shiv Sena to NCP has a wider socio-political message, as Dr Kolhe shot to fame with his role as King Shivaji in a Marathi TV serial. Presently, he is a protagonist in a TV serial on King Sambhaji, who was Shivaji’s son.

The Shiv Sena had cast itself for long as the inheritor of King Shivaji’s legacy in Maharashtra. However, a youth organization named Sambhaji Brigade has been challenging Shiv Sena’s monopoly over King Shivaji for the last two decades. Sambhaji Brigade’s charge is that Brahminical historians in Maharashtra have wrongly painted Shivaji as anti-Muslim and have created fictitious characters or incidents in his life to showcase the contribution of Brahmins in Shivaji’s “anti-Muslim” crusade. Sambhaji Brigade maintains that Shivaji and his son’s struggle was as much against Brahminical scheming as against the Mughals and Adil Shahs of his time. The Sambhaji Brigade has come up with its own historical narration of King Shivaji and King Sambhaji’s life, which is a major debate in contemporary Maharashtra. In this context, Dr Kolhe’s joining the NCP and contesting against a three-time sitting MP of the Shiv Sena has its own meaning.

On the ground, it was as tough for Dr Kolhe as it was for Parth Pawar given the organizational strength of the Shiv Sena and popularity of Narendra Modi with urban and semi-urban voters.

The four constituencies in northern Maharashtra that went to polls in the fourth phase are a diverse lot in themselves. Nandurbar and Dindori are reserved for tribal candidates and Dhule has a considerable tribal population. Whether the BJP will repeat its phenomenal performance depends upon how strong Modi is amongst tribal voters. While the BJP has certainly consolidated its inroads into Maharashtra’s tribal population, the latter’s first loyalty remains with the Gandhi family. Rahul Gandhi’s promise of an annual Rs 72,000 per poor family has the best chance of translating into votes amongst tribal voters. In this region, the Nashik Lok Sabha seat has witnessed another interesting contest: the Bhujbal family has put all its weight to win back the constituency from the Shiv Sena.

Chhagan Bhujbal was once the right hand man of Bal Thackeray, who made him Mayor of Mumbai. As a confidant of Bal Thackeray, Bhujbal championed the Hindutva brand of politics with perfection. However, he was sidelined within the Shiv Sena iwith preference given to Manoj Joshi and other upper caste leaders. As a result, in 1991, Chhagan Bhujbal revolted with other OBC MLAs of Shiv Sena and joined hands with Sharad Pawar. Since then, he is performing as the Mandal face of Pawar’s politics with equal perfection. He earned the Deputy Chief Minister’s position not once but twice as a protégé of Sharad Pawar. Later on, out of power, he was sent to jail on charges of corruption by the Fadanvis government. Now, out on a bail, Chhagan Bhujbal has left no stone unturned to reestablish his supremacy in the constituency. Bhujbal has discreetly spread the word that he was the only politician sent to jail by the BJP government as he belongs to the OBC category. Bhujbal expects the Maratha versus OBCs-Dalit-Muslim polarization to help him win the seat for his nephew. Knowing that OBCs are neither a homogenous category nor have antipathy towards the BJP-Shiv Sena, Bhujbal has also propped up an independent Maratha candidate to cut into the Shiv Sena’s votes. The Shiv Sena’s candidate and sitting MP Hemant Godse is a Maratha leader. In a last ditch effort, Bhujbal’s team has also managed to organize Raj Thackeray’s public meeting in Nashik to create confusion amongst the urban voters of the saffron alliance. Raj Thackeray’s party had ruled in Nashik Municipal Corporation for 5 years. Even though his party was ousted by voters in a subsequent election, Raj Thackeray has a considerable following in the city. If Bhujbal fails to regain the constituency with all such efforts, it will be an end of an era in Maharashtra’s politics.

The Lok Sabha election of 2019 has set in motion the arrival of a new strongman in Maharashtra politics in the form of Raj Thackeray. He has been the most surprising and powerful element of Sharad Pawar’s strategy to take on the NDA. His entry into the campaign has ensured a level playing field for the Congress-NCP in the state, particularly in the strongholds of the Shiv Sena, particularly Mumbai and its suburbs and Nashik. Devoid of a star campaigner in the state, the Congress-NCP mounted its attack against the ruling combine from the shoulders of Raj Thackeray. Even though it looked like Raj Thackeray was playing into the hands of Sharad Pawar, he utilized the opportunity to reach out to wider sections of society in general and ‘sensible supporters’ of the BJP and Shiv Sena in particular. His appeal to the electorate was quite clear — defeat Narendra Modi and Amit Shah. In order to remove this duo from the political scene, he appealed to the masses not to vote for the BJP and Shiv Sena. He never uttered a word against the Shiv Sena’s politics, even not against the perceived “hara-kiri” of Udhav Thackeray because of Amit Shah’s bull dozing.

At the same time, he questioned Amit Shah’s decision to make Pragya Thakur a candidate from Bhopal and Narendra Modi’s attempts to politicize Pulwama and Balakot. These speeches have won him laurels from progressive sections. Nonetheless, the impact of his campaigning on voting behavior of the BJP and Shiv Sena’s voters is unclear, as the targeted voters have unflinching admiration for Prime Minister Narendra Modi. Thus, in Mumbai and its suburbs, where 10 Lok Sabha seats are at stake, it is a contest between Modi’s popularity and Raj Thackeray’s scathing attack on Modi and Shah’s leadership. If the BJP-Shiv Sena combine loses half of these seats, Raj Thackeray will acquire a newfound political status. Even otherwise, there will be no scratches on his credibility and blame will rest on the disastrous state of the Congress’ organization and its inability to plan a campaign to steer a galvanized opinion against Narendra Modi in its favour.

In Mumbai and its suburbs, Dalit voters have voted almost en block for the VBA, as the Congress had no outreach plans to counter the VBA’s politics. The sentiment of doing justice to Prakash Ambedkar, the grandson of Dr Babasaheb Ambedkar, ran high amongst Dalit voters, hurting the Congress. Thus, the Congress-NCP alliance is left at the mercy of Muslim voters who alone cannot ensure its victory. The apartments, societies and chawls dominated by ‘Hindu voters’ were not left behind the slums in terms of voting, which has given a boost to the BJP-Shiv Sena’s confidence.

Both the dominant alliances in the state now have to fancy their chances in Mumbai and suburbs based on how effective Raj Thackeray was in convincing ‘Hindu voters’ in apartments, societies and chawls not to vote for re-electing Narendra Modi as India’s Prime Minister. As of now, the grand-alliance led by the Congress-NCP is confident of winning at least three out of 10 seats in Mumbai and its suburbs. The BJP-Shiv Sena combine is equally confident of not losing more than one or two constituencies as it knows better who has voted and who has not.

Read this article published in Asiaville on 7thMay 2019