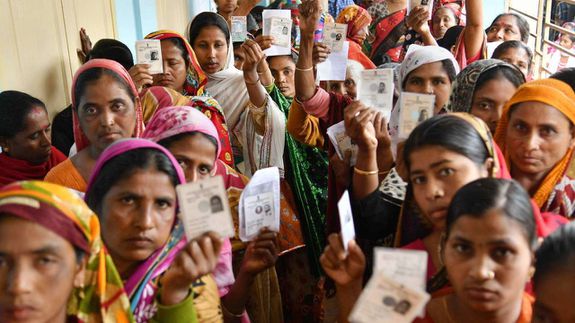 In this election, nothing worked in favour of the Congress-NCP, as the BJP-Shiv Sena alliance has been benefitted enormously by Brand Modi, organizational outreach and a deep disdain for dynastic politics amongst young voters.

Lok Sabha election results in Maharashtra were beyond the expectations of BJP-Shiv Sena leaders and far below the expectations of Congress-NCP leaders in the state. The latter hoped to win 15 to 20 seats in the state and had worked out a meticulous plan to turn the tables, although at the last minute. The BJP-Shiv Sena alliance was confident of winning 34 seats at the very least and it was hopeful of repeating its 2014 performance.

The BJP and Shiv Sena won 23 and 18 seats, respectively, in 2014 and spectacularly reached the same figures in 2019. However, in the reincarnation of the spectacle, defeat of two Union ministers went unnoticed. Four of Modi’s ministers re-contested their Lok Sabha seats in Maharashtra, and two have secured easy victories.

Subhash Bhamre, who was Minister of State for Defence not only registered another win but increased his vote share considerably from Dhule constituency in North Maharashtra. In Nashik, NCP’s Sameer Bhujbal faced another embarrassing defeat with a huge margin, indicating an end of Chhagan Bhujbal’s era in Maharashtra politics. In this entire region, the BJP-Shiv Sena performed extremely well and surpassed their vote tally of 2014. The tribals are in significant numbers in North Maharashtra and their overwhelming preference for the BJP indicates a decisive hold of the right-wing party over one of the most marginalized sections of society. This development, if not arrested soon, will result in a quasi-permanent consolidation of tribal voters behind the BJP, as it has already happened in Madhya Pradesh and Chhattisgarh.

The other victorious minister is none other than the heavyweight Cabinet colleague-cum-competitor of Narendra Modi, i.e. Nitin Gadkari! Though Gadkari won by a margin of over 2-lakh votes, the Congress candidate scored 4.44-lakh votes. It is a significant 10 per cent increase in the Congress’ vote share as compared to 2014, after a five-year “developmental reign” of Nitin Gadkari and Devendra Fadanvis over the city of Nagpur.

Nana Patole, who was a Congress candidate, not only mobilized votes on caste and religious lines but also successfully generated a debate about Gadkari’s developmental vision for the city. Prima-facie, it looks like a majority of Kunabi (an agricultural OBC caste) and Dalit (overwhelmingly Buddhist) voters rallied behind the Congress in Nagpur. In order to quell the rumours that Narendra Modi would like to ensure Gadkari’s defeat, Amit Shah conducted a last-minute road show in Nagpur on the last day of campaigning. He was supposed to conduct a rally in the adjacent Chandrapur constituency from where another Union minister was seeking re-election. Eventually, Gadkari won but BJP candidate and Union minister Hansraj Ahir lost in Chandrapur constituency. The giant killer, Balu Dhanorkar, was a Shiv Sena MLA and shifted to the Congress to contest against Ahir. Chandrapur also turned out to be the only consolation prize for Congress in the state. The Congress-NCP had planned and hoped for a similar performance throughout Vidarbha, if not all over the state.  The opposition alliance was successful in generating a buzz in Vidarbha about its victories. Even though it could win only two out of 10 seats in Vidarbha, the buzz was not entirely hollow. The Congress’ vote percentage considerably increased on all the seats in Vidarbha, except in Akola. For example, in Gadchiroli-Chimur constituency, Congress polled 3-lakh votes in 2014, while this year the same Congress candidate received 4.42 lakh votes. Similarly, its votes increased by 1.26-lakh in Ramtek and by 70,000 in Wardha. Yuva Swabhimani Paksh, which is a Congress-NCP ally, won in Amaravati constituency. Thus, Vidarbha has emerged as the only region in the state where the Congress-NCP can be hopeful about their prospects in the forthcoming assembly election.

The other Union minister who suffered a defeat is Shiv Sena’s Anant Geete. He was defeated by NCP’s Sunil Tatkare, who was former state unit chief of the party and ex-Finance minister of the state. In 2014, Geete won the Raigad constituency in Konkan region with a slight margin against Tatkare. The NCP leader’s victory in 2019 has come at a time when another strongman of Konkan and ex-Chief Minister  Narayan Rane’s clout has declined in the region. The NCP plans to fill the leadership vacuum in Konkan with Sunil Tatkare’s victory. This, however, is the only good news for the NCP in this election. Even though its has snatched the Shirur constituency in Western Maharashtra from the Shiv Sena, it has lost two of its strongholds in the region. The Madha and Kolhapur constituencies have elected BJP candidates, respectively, which is a massive blow to Sharad Pawar in his own backyard. His grandson Parth Pawar also suffered a comprehensive defeat in Maval constituency in Western Maharashtra. The only solace for the Pawar family is a significant increase in the victory margin of Supriya Sule in Baramati constituency. In this Lok Sabha election, the BJP-Shiv Sena alliance has ensured that the NCP will be compelled to focus all of its energy and much of its resources on Western Maharashtra in the assembly election due in the month of October.

Mumbai and Its Suburbs

The most dismal performance of the Congress in the state was in Mumbai and its suburbs. The BJP-Shiv Sena alliance retained all the seats and Congress-NCP could not come close even on a single seat. The high-profile candidates of the Congress such as Milind Deora and Urmila Matondkar could not influence the voters.  This is despite the fact that Raj Thackeray had led an electrifying campaign against Narendra Modi and Amit Shah. The result has cast severe doubts on his capacity to convert his speeches into votes. With Shiv Sena’s alliance with the BJP back on track and Congress’ reluctance to accommodate Raj Thackeray’s party in its grand-alliance, Mumbai and its suburbs will certainly be a cake walk for the saffron alliance in the forthcoming assembly election.

In 2014, the Congress won all its seats in Marathwada, i.e., two in all. It has lost both in 2019. Its state chief and ex-CM Ashok Chavan was defeated in Nanded. But a bigger shock of the election result emerged from Aurangabad, where Vanchit Bahujan Aghadi-AIMIM alliance’s Imtiaz Jaleel won against Shiv Sena’s four- time sitting Member of Parliament, Chandrakant Khaire. The Congress candidate stood a poor fourth in the triangular contest. An independent Maratha candidate cut deep into the votes of the Shiv Sena in this constituency that has allowed Imtiaz Jaleel to top the table with a combination of Muslim and Dalit votes. Though the Shiv Sena has lost its long-time bastion to the AIMIM, the Congress-NCP alliance must be a worried force today. AIMIM’s victory in Aurangabad is a sure recipe for polarization of Hindu-Muslim votes in the forthcoming elections in the region.

In this election, nothing worked in favour of the Congress-NCP, as the BJP-Shiv Sena alliance has been benefitted enormously by Brand Modi, organizational outreach and a deep disdain for dynastic politics amongst young voters. Two former Chief Ministers from that Congress that include its incumbent state president, its former state president, Sharad Pawar’s grandson, Chhagan Bhujbal’s nephew, Congress’ current and former Mumbai unit chiefs and many other political bigwigs lost the election. It’s a repeat of 2014 Panipat for Congress-NCP in the Lok Sabha election. It has also almost sealed their fate in the assembly elections to be held in October 2019. Even the probable alliance of Congress-NCP with Prakash Ambedkar’s Vanchit Bahujan Aghadi would not be able to defeat the saffron alliance in Maharashtra.

Read this article published in Asiaville on 28thMay 2019