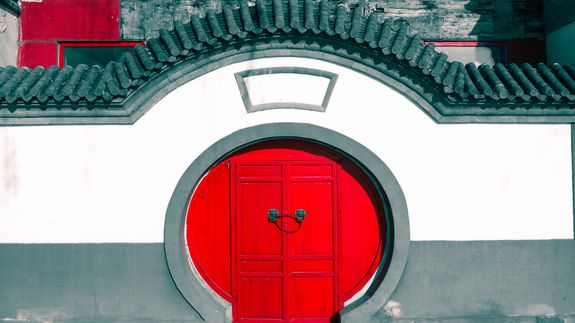 It’s time to reevaluate the effect of the protests from 30 years ago.

4th June 2019 was the 30th anniversary of the Tiananmen crackdown, wherein violent confrontations took place in Beijing in 1989 between the armed forces and large groups standing against the Communist government. In China, the event is officially referred as the Fourth June Incident to avoid confusion over earlier protests at the Tiananmen Square, particularly the Tiananmen Incident of 1976 and May Fourth Movement of 1919. The protest against the political establishment and subsequent crackdown happened at a time when anti-communist movements were sweeping across Eastern Europe and the policies of  Perestroika-Glasnost were order of the day in the USSR. In the aftermath of 4th June 1989, many political pundits have predicted the collapse of communist rule in China. However, the Chinese Communist Party has defied the expectations of its critics and left-haters in the world to further consolidate its reins in China.

Why did the Tiananmen protests produce a result that was exactly the opposite of the predictions by supporters outside China? One of the answers to this question is hidden in ‘why’ and ‘who’ were involved in the T-square protest.

The 1989 protest was a conglomeration of a section of ex-members of the CCP (Chinese Communist Party), of Trotskyites, of urban workers, of students and intellectuals! The demands of the agitating leaders were vague in nature and lacked the theoretical perspective required for converting dissent into a nationwide movement based on an ideological alternative. The urban workers’ concerns were job insecurity and inflation – both had been the result of economic reforms. The intellectuals were clear in demanding political reforms and freedom of expression therein. The students wanted immediate steps to curb corruption and punishment of corrupt government officials as well as corrupt CCP office-bearers. In a way, the protest was not aimed at overthrowing the CCP regime in one stroke, but at asking the Party itself to initiate a process of broad political reforms. However, the 4th June crackdown has left an impact, and many vested interests have worked zealously to generate a perception of Chinese people  revolting outright against the Communist government.

The CCP leadership was sympathetic to the demands of the protesters, except for immediate political reforms. The CCP has always ruled out political liberalization for attaining western style democracy even though it had embarked upon a path of economic liberalization. Deng Xiaoping’s resolute handling of the 1989 protesters was based on the theoretical framework of the day that could be summarised as follows:

Deng Xiaoping’s decisiveness in clamping down on the Tiananmen protesters had deeply disappointed his western admirers, who expected him to become the Gorbachev of China. On the other hand, he silenced his ultra-left detractors as being ‘capitalist road taker.’ The 1989 incident did not shake Deng Xiaoping’s belief in his economic modernization programme and he refused to yield any ground to the neo-Maoist section of the Party, to turn the clock back to the policies of the Cultural Revolution era. Post-1989, the CCP ensured that it would remain in control of the economic modernization programme without Western-style political reforms. It neither allowed the ultra-left elements to put brakes on economic liberalization nor permitted the newly emergent middle-class to change the country’s political system. The 4th June crackdown, in a way, reinforced the supremacy of the CCP as the only legitimate force or agency to change the course of history for China. In this context, we can witness four noticeable things in today’s China.

One, the 1989 protesters have not been able to regroup since then. The paradox of the Fourth June Incident was that liberal intellectuals were leading a section of urban workers who were dismayed by the pace of restructuring of State-Owning-Enterprises (SOEs). Another paradox was the protesting students’ disillusionment with Marxism-Leninism, but their inability to find an alternative that would have made China as developed as the western countries they eschewed. Once the Chinese state cracked down on the protesters, these contradictions ensured that the dissenters wouldn’t come together in the near future. The rural populace remained indifferent to the 1989 conflict, for many of them, if not all, had experienced dramatic improvement in their standard of living under the Deng Xiaoping regime.

Two, the CCP maintained its position that in 1989  the use of force was necessary. This continued support for clampdown on agitators in 1989 is significant. The CCP has a long tradition of self-criticism and critical evaluation of the past as well as criticism of its tall leaders. The entire Maoist era was full of such episodes where the CCP or a section of its leadership found fault with party’s policies and methods; whether it was the Hundred Flowers Movement or the Great Leap Forward. This led to intense ideological struggles within the CCP. In the post-Mao period, the Cultural Revolution as well as cult politics came under severe criticism. However, handling of the Tiananmen protest had never been a subject of self-criticism for the CCP, and neither was it criticised by any noteworthy section within the party. Since the Tiananmen protests the CCP has witnessed three generational leadership changes. At no point of time, did the new leaderships try to torpedo the legacy of Deng Xiaoping and his associates over the Fourth June Incident, either overtly or covertly. This indicates an overwhelming mood within the CCP for the continuance of the One-Party System and firmness in dealing with any dissent which challenges its legitimacy to govern.

Three, the CCP’s continuous campaign, in the post-Tiananmen phase, against the return of chaos and political instability had its impact. A generation which faced hardships during the Cultural Revolution rallied behind the Chinese government. More importantly, the CCP succeeded in impressing upon the people that economic modernization was much more necessary than political reforms. An ordinary Chinese citizen, post-Tiananmen, aspires more for economic prosperity than for political reforms. Most of them desire to get rich and richer, while collectively they want China to overtake Unites States in all the spheres. The Chinese government further gained its legitimacy from successful handling of complex issues of national importance like unification of Hong Kong and Macau, the bombing of the Chinese embassy in former Yugoslavia and prolonged negotiations over accession to WTO. The Beijing Olympics was also utilised by the CCP to gain popularity among the people.

Four, very significant developments have taken place in China since 1989 at the political and societal level that have had great implications on state-society relations. The Party has opened up its doors to those who have become affluent, and therefore influential, as a result of the country’s economic modernization programme. It has definitely moved away from a Maoist notion of class struggle, without dismantling the Leninist organization. Even with the orthodox Leninist party and state structure, direct elections are encouraged at the grass-root level, which has now become an important feature of village politics in China. Today, thousands of organizations are functional throughout China working in different fields ranging from environmental issues to geriatric care. China’s urban market is full of various printed publications on a variety of issues, albeit without political issues. On the other hand, Chinese bloggers are vociferous in raising these issues and even sometimes question the rationale behind policies, if not being actually  directly critical of the Party and the State. In the backdrop of 4th June 1989, these changes pose a question – who won after T-square protests?

Post- Tiananmen, China has been traversing an unparalleled path. This phase has, indeed, been most stable and productive for China in the last two centuries. Despite several predictions of its collapse since 1989, China has acquired a central position in world affairs under the leadership of the CCP. Therefore, we need a more nuanced yet comprehensive understanding of how things happen in China. Without such an understanding, we will not be able to evaluate what China is and what it will be in the near future.