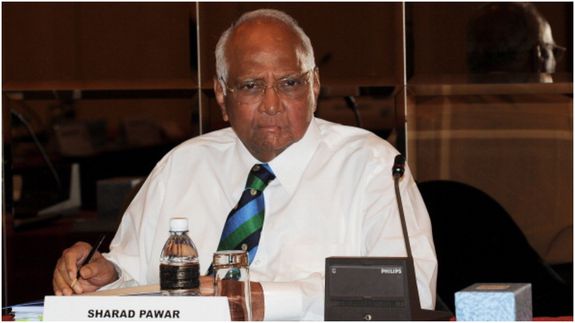 After facing multiple defections from the rank and file of his party in the last two months, Sharad Pawar hit the ground running with his 6-day whirlwind tour of Marathawada and Western Maharashtra.

Sharad Pawar’s name was synonymous with power in Maharashtra for more than 3 decades. Today Pawar is fighting for survival against the axis of the Rashtriya Swayamsewak Sangh, BJP-Shiv Sena’s state government, and the opportunism of his own lieutenants. Yet, what has not reduced him to a sorry figure is his grit and will to fight a political battle against the worst odds of his political life. Rather, Pawar is standing tall amidst the ruins in the opposition camp in Maharashtra. At the age of 78, he is the most active politician in the state. He has not only kept himself relevant but also ensured that there is no assured victory for Devendra Fadnavis in the forthcoming assembly election. It is the Pawar factor that is forcing the BJP to stitch an alliance with the Shiv Sena. Otherwise, all 3 opinion polls in the state have predicted a majority or almost a majority to the BJP on its own.

After facing multiple defections from the rank and file of his party in the last two months, Sharad Pawar hit the ground running with his 6-day whirlwind tour of Marathawada and Western Maharashtra. The main motto of the tour was to erase the whispers of his surrender to the might of the axis powers mentioned above. He chose the constituencies from where powerful leaders have shifted their allegiances to the BJP or the Shiv Sena. The response to his tour of 6 crucial districts has rattled the Fadnavis government so much that the Enforcement Directorate has come into play to file a case against Pawar. The ED’s action has widely been seen as vendetta politics and Pawar’s gracious response to it won many hearts. He is charged for money-laundering in a Co-operative bank in which he held no position and no stakes. Pawar immediately announced that he would visit the ED in Mumbai on his own as the latter might consider his involvement in the electioneering as an act of absconding. No one has missed the point that the ED initiated the action soon after the announcement of the election date and the commencement of the code of conduct in the state. A case against Pawar, the first in the last three decades, has galvanised the Nationalist Congress Party, which indicates the possibility of a fight in the assembly election. It doesn’t mean that the NCP would certainly retain the number of seats it won in the 2014 election, but it does mean that the NCP has emerged as the only force capable of taking on the ruling combine at this point of time.

Raj Thackeray has fallen silent since the ED filed a case against him, even though his party is gearing up to contest the assembly election without any alliances.  During the Lok Sabha election, even though his party did not contest a single seat, Raj Thackeray emerged as a major voice against Prime Minister Narendra Modi and BJP chief Amit Shah. His Maharashtra Navnirman Sena was expected to create trouble for the BJP and the Shiv Sena in the assembly election in the metropolitan regions of Mumbai, Pune, and Nashik. However, a case by the ED has taken all the steam out of the MNS engine. On the other hand, Prakash Ambedkar too was expected to win about 25-30 seats for his Vanchit Bahujan Aghadi going by the performance of their candidates in the Lok Sabha election. Yet, Advocate Ambedkar did nothing to maintain the momentum and even allowed an alliance with AIMIM to fizzle out.

The biggest of all the opposition parties in the state, i.e. the Congress, is in complete disarray since the results of the Lok Sabha election. As the main opposition party in the state, the Congress had the onus of taking a lead in campaigning against the government and in bringing together as many opposition parties as possible on a common electoral platform. It failed! The leaders of the Congress failed the party. Not a single leader has emerged from the battery of celebrated ‘senior leadership’ in the state to step up in the fight to regain the lost glory of the party. All of them are under-confident, if not uncaring, about leading from the front. Alas! They had never led the party from the front. They have been trained and they have gained by always looking at the Gandhi family to lift the party. Now, as the first family of the party wants its men and women to fight the battle on their own, the ‘senior leaders’ in the state look like ordinary clueless soldiers, who are deserted by their General on the battlefield. In the past, all of them were promoted by the high-command to belittle Sharad Pawar. Today, they have been exposed to their true hold over the party and people in the state. All of them have concentrated on winning their assembly seat either for themselves or for their kin. At a time when the party high command is demanding more than loyalty from its leaders, no one is willing to rise to the occasion. Amongst such leaders, Sharad Pawar is shining brighter than ever as he leads the battle from the front.

Pawar is also shining better now as many status-quoist, socially dominant, and even corrupt politicians have left his party to join the BJP or the Shiv Sena. This could be the return of the original Sharad Pawar – a progressive man of the masses – that brought him to the centre-stage of Maharashtra politics. From taking on the might of regressive Maratha politics on the issue of renaming of Marathawada University after Dr. Babasaheb Ambedkar, Pawar ended up as a leader of those very same folk who hardly had any respect for Ambedkar and his vision. From promoting women in every field in the state, Pawar commanded leadership of the most patriarchal sections in Maharashtra’s society. It resulted in the stagnation of his leadership and decline in the growth of his party. As it is said, fortune favours the brave, politics has given him another chance to rectify past mistakes and reclaim the leadership position that belonged to him. He is, perhaps, fighting the last election without chances of victory. But there is a great opportunity awaiting him to rebuild the party with well-meaning people, youth, women, and socially marginalized, including Muslims, and to champion inclusive politics. A large number of youth from across the social sections have already sensed what Pawar can deliver in the near future. It is the reason why the 78-year-old leader is being seen surrounded by and cheered on by the considerable number of youth in the state. These youth have sympathy towards Pawar, expectations from Pawar, and a will to work hard with Pawar. It is sufficient political capital to fight the next battle. Can Pawar capitalise on it? Yes, he can, but only if his family members don’t surface between Pawar and his newly gained power, i.e. a section of youth in the state!

Read this article published in Asiaville on 27th Sep 2019