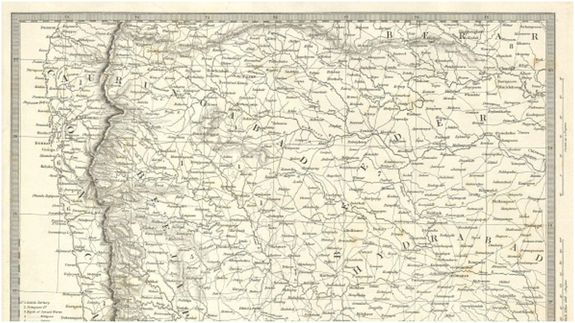 The Bharatiya Janata Party’s decision not to stake a claim to form a government in Maharashtra is significant for itself and Indian politics.

The Bharatiya Janata Party’s decision not to stake a claim to form a government in Maharashtra is significant for itself and Indian politics. It is the first time since the 13-day-old government of Atal Bihari Vajpeyee that the BJP is not staking its claim for government formation, even when it is the single largest party in a legislature. This decision, indeed, was not taken either on the basis of taking the high moral ground or without making efforts at government formation. Devendra Fadnavis remained the Chief Minister of the state for two full weeks after the declaration of assembly results. During this period, the BJP exhausted two possibilities; one, a coalition government with the Shiv Sena and two, horse-trading to gain the majority on the floor of the assembly. The BJP’s failure on both counts resulted in giving up the hopes of immediate government formation under its leadership. It has created an awkward situation for the many political turncoats who jumped on the Fadnavis bandwagon before the election. They are the real losers in the post-election scenario.

Interestingly, neither the BJP nor the Shiv Sena has declared the end of their three-decades-old alliance. On the other hand, Shiv Sena’s lone minister in the union ministry has resigned, which is an indication of the parting of ways of BJP’s oldest ally. The situation is turning out to be another milestone in Shiv Sena’s political journey. It began as an organisation to protect the rights of the Marathi people in the state of Maharashtra in general, and Mumbai in particular. Later on, it made a swift transition into the Hindutva party and allied with the BJP. That was a time when the BJP had no weight in national politics. Today, the BJP is at the peak of successes, both in terms of winning elections and also in implementing its core ideological agendas. Yet, the Shiv Sena is parting ways with the BJP. There are two ways of looking at the contestation between these two parties in Maharashtra. One, the Shiv Sena is consistently losing its Hindutva base to the BJP. Thus, it has a choice of slow death or experimenting anew in state politics. It also implies that the Shiv Sena would be further at a loss if it continues to harp upon Hindutva after breaking an alliance with the BJP. Two, the Shiv Sena without Hindutva and the BJP will be a breakthrough for the Congress and its ideological fraternity in the state, as well as at the national level. The Lok Sabha elections are far away and the intermittent time provides an opportunity for the anti-BJP alliance in the state to consolidate themselves against the Modi-Shah juggernaut. The Common Minimum Programme should ensure that the Shiv Sena would not be going back to Hindutva until the next Lok Sabha election. In the current situation, this is the best, rather inevitable, choice for the Congress and the Nationalist Congress Party. A major advantage for such an alliance would be the fact that the Congress-NCP is not a factor in metropolitan cities that the Shiv Sena wants to keep on controlling, such as Mumbai, Thane, and Aurangabad. In fact, an important reason behind the Shiv Sena’s estrangement with the BJP is the latter’s aggressive politics in local self-government bodies that were exclusive domains of the former for many years. The Shiv Sena could also pose a challenge to the BJP’s dominance amongst OBCs in Maharashtra’s rural constituencies. The Maratha dominated NCP, a loose coalition of different social groups under the Congress influence and the Shiv Sena courting rural OBCs could be the social alliance behind a prospective Shiv Sena-NCP-Congress government in the state.

The BJP’s withdrawal from government formation has left the other parties with three possibilities. One, President’s Rule in the state and exposing their MLAs to Amit Shah in the subsequent period. It means the President’s Rule would be utilised to garner majority support for the BJP. Two, President’s Rule and subsequent re-election to state assembly within six months. The BJP could afford to have immediate re-election with their resources and their ability to create smart narratives. However, the other parties lack the resources and smartness to have their counter-narratives when they face the electorate again. Three, the formation of a non-BJP government in the state is a fait accompli. There is a fourth option as well, which is allowing the BJP to form a minority government with the support of independents and few smaller parties while Congress, NCP and Shiv Sena would sit in the opposition. It is, however, becoming clearer that expecting a role of effective opposition from the Congress, the NCP and even the Shiv Sena is nothing but a political fantasy. Therefore, at present, the only possibility is that the non-BJP parties should experiment with a model of countering fascistic forces through government formation. The non-BJP parties could gain wisdom from similar experiments undertaken in Indian politics in the past.

Two important experiments happened at the national level against the BJP. The first one was that of the United Front in 1996. It crumbled for two obvious reasons. One, the largest party in the experiment, i.e. the Congress, was not a part of the government. Two, the Congress was a major opponent of the other constituents, i.e. left parties and regional parties, at the state level. A failed United Front paved the way for 6 years of BJP rule under A.B. Vajpayee. The second experiment came into being in 2004 in the form of the Congress-led United Progressive Alliance supported by Left parties. It was a much more successful arrangement and the BJP could not make a comeback in the 2009 Lok Sabha elections. However, just before the 2009 elections, the Congress and the Left parties went overboard on the issue of the nuclear deal that had its true political ramifications post-2009 election. The UPA’s politics and governance derailed completely in its second tenure, resulting in the BJP securing a majority on its own in the 2014 elections. The UPA, and so also the Left, lost the point that their mandate was to govern to keep the BJP out of power. Today, the responsibility on the shoulders of Sonia Gandhi and Sharad Pawar is not only to form a non-BJP government in Maharashtra but also to ensure that the BJP would not make a comeback in the next election in the state.

Read this article published in Asiaville on 15th Nov 2019